So no-one told you life was gonna be this way

As anyone who knows me even a little bit will tell you, I am a massive Friends fan. Remember FriendsFest in London last year? I was there with my own group of Friends.

And it was amazing.

So, a common question among Friends fans is “which character are you?”

My answer has always been Chandler with a hint of Ross… but then it got me thinking. I am probably like all the characters in different ways. Then it got me thinking again… would I be able to describe myself, my life and my personality, using only quotes from the best sitcom of the 90s?

Every time I read an email with a grammatical mistake:

When I get asked to do something on a Sunday:

Sundays are for sleeping, eating, watching films and drinking tea.

See, Chandler gets it: And when I don’t get invited at all:

Me in any meeting longer than 30 minutes:

When my work phone rings at 5:29 on a Friday afternoon:

And then someone answers and says “I’ll just get him for you”:

Every time I see someone wearing camouflage:

This joke will never not be hilarious

Me after one drink: 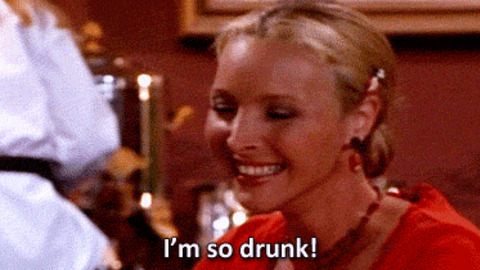 And then I drink some more:

When I really should go home:

And not long after, the existential crisis kicks in:

When I make a cup of tea only to find there’s no milk left:

I accept no blame for this.

That time my lunch disappeared from the office fridge:

Meeting someone for the first time: How my future wife will probably introduce me to her friends:

When you search Ugly Naked Guy in Google Images to write this post:

But I’m over it now, can you tell?

And finally, when Chandler summed me up in 6 words:

This was fun, we should do it again sometime. 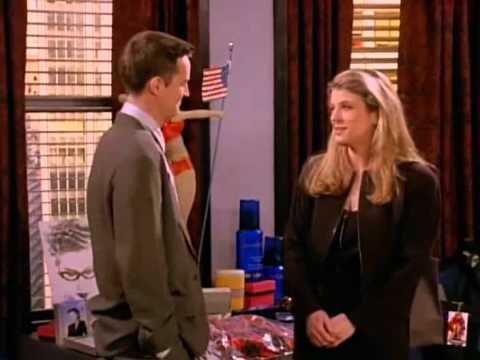 Yes, it was time for a haircut.

This may not seem like such a big deal. Okay, so you go and sit in a chair for fifteen minutes while some guy with scissors snips a few hairs from your head. Everyone does it. For some people it is an event to look forward to.

(Why!? A stranger washing your hair while you bend awkwardly backwards over a sink, their fingers violating your skull, asking questions you can’t answer in fear of getting a mouthful of soapy water. No thanks.)

Well for me it’s a f*cking nightmare.

And I let my fear gradually build. For weeks I’ve been finding the courage to sit in the chair. Eight years ago, I would have been proud of the fringe that caused partial vision. The back of my neck has been cosy during the winter months. But I’m twenty-four and there is no excuse for a messy, unkempt mass of hair. Or is there?

The problem for me is, quite simply, I am going grey. I have been going grey since I was about 16. I still remember that fateful day. Finding a small collection of greys on the side of my head, telling myself it was not real, that yes, my dad went grey young, but that doesn’t mean I will too.

I lied to myself.

So there I was today. A stranger buzzing his clippers over my scalp, asking me if I preferred ‘natural or square’ (FYI, I opted for square), using his fingers to estimate an inch-and-a-half off the top.

How the hell am I meant to know? You’re the bloody hairdresser!

I was too focussed on my lap, shrouded with a black cape highlighting the masses of grey hairs scattered everywhere. And in that moment I knew it was all over.

People tell me to embrace it, accept it, everyone likes a silver fox. Think of George Clooney or Phillip Schofield.

I’m more of a Steve Martin. Remember your weird crush on Steve Martin? Of course you don’t.

Lead me not into temptation but deliver me from the hair dye aisle in Boots.

And so the main problem with haircuts, aside from another person touching my head (which is something I cannot bear), is that with each one I become greyer. It’s more visible.

Who am I kidding? Maybe? Definitely.

So I am writing this while I still have more brown hairs than grey. Future Dan will look back at this and think It was a simpler time.

And there we have it. A quarter-life crisis in action. I know I’m still young, but I wish somebody would tell my scalp.

Not that I’m vain.

(Although I did notice ten minutes in that I have a resting double chin, but that’s a whole other issue.)

Why I Hate Getting My Hair Cut

I hope that guy who sang Cheerleader ends his singing career now. I mean, he’s done his job. A big, summer tune with meaningless lyrics that manifests itself within all our brains and repeats on a loop.

It’s a thought that entered my mind when I was in Islington on Sunday afternoon in a small bookshop, the melody of said Cheerleader ringing through the street, played on panpipes and tin drums.

There’s nothing wrong with a catchy pop song, but it has to be good. And definitely not played on panpipes and tin drums.

My problem is that I constantly have a song stuck in my skull, reverberating around my head, occasionally pouring out of my mouth without me realising. Sporadic singing is an unfortunate habit of mine. And it’s not so much a problem for me as it for those around me.

I mean, sometimes it is impossible to have a conversation with me because I will connect your words to lyrics and start warbling at you.

Me: “Tell me what you think about me… Sorry.”

Me: “UNDER THE LIGHT OF A THOUSAND STARS!”

Not to mention that everything is horrendously out-of-tune. I just can’t help it. It’s a disease – Lyricitis. And I’m not the only sufferer.

Because it’s contagious. I guarantee, you start hanging around with me on a regular basis, you will also start randomly bursting into song. Shout out to my ex-colleague who joined me in a rendition of Jolene every time we saw the name Maureen (which was more often than you might think).

I’m not a musical person, but my life distinctly revolves around music. There’s a song for every moment, person, memory and idea.

When I need motivation, my one solution when writing or working, is to be in near-silence so I can concentrate properly. But if I have to get in a certain ‘zone’, music is a great help. If I’m in a good mood and have to write about something sad, I use certain songs to evoke sadness. Vice versa. When I write about a character being angry, My Chemical Romance are ideal for bringing out all my repressed teenage angst.

The thing is, it doesn’t matter what your views on certain genres, artists or songs are – music will have played a major part in your life at some point, and it will continue to do so: Nursery rhymes helped you to sleep once upon a time, hymns were sung in school assemblies (is this still a thing?), Christmas carols and songs induce Christmas spirit and festivity, one song will always be remembered as your first dance at your wedding… Even funerals are heavily focused around music.

Everyone has a soundtrack to their life.

For me, it is any song catchy enough for my mind to remember some of the melody, at least three words, and not written or performed by Coldplay.

I have, since March, been working on a new novel.

As The Whisper That Rose Through Darkness ticks over in the background, this other book has somehow taken over. I feel immensely guilty.

Anyway, I thought I would start using this blog for more than just a few poems and the odd short story (let’s pretend it hasn’t been months since I uploaded either). Escape from Reality will also become a platform for me to just talk. About things. And stuff. You’ll see.

So, this new story.

It is boy meets girl, without the middle part. It is two young people in London, experiencing life. One is kind of famous, and the other is swallowed up in his own angst.

I want it to be funny and moving but, most importantly, truthful.

When I look back at being eighteen, I think of myself as a mess. I drank way too much way too frequently. I learned how to be selfish and put myself first in most situations. I made stupid decisions and shunned responsibility and somehow blagged my way through my first year at university.

I also remember how much I cared about, well, everything. Homesickness was a constant nag in my mind. Proving myself as intelligent was imperative to my happiness, to the point that I regretted studying French (foreign languages not a natural talent of mine) and almost resented having attended comprehensive school (although this was also a side-effect of studying alongside several privately educated peers). Most of all, though, I wanted everyone to like me. I wanted to please everyone and just fit in.

I even started speaking posh.

There was also a General Election during my first year at university and I was so passionate, so hell-bent on making sure all my friends and even some strangers in bars shared my political opinions, that the eventual result devastated me.

Do I still care what people think of me? Hell no. Am I still passionate about the political party I support? Not really. Am I still selfish? Nope. Do I continue to resent the schools I attended? Not even a tiny bit.

I do still enjoy the occasional alcohol binge, though.

So writing in the perspective of eighteen-year-olds is challenging. It means I have to think back, dig into memory, and emulate those emotions. And there were a lot of those.

Remember how we all resented going to school and then, after one week of full-time employment, wished that we were back in the confines of educational institutions. The taunts of classmates, in hind-sight, more bearable than the mundanity of nine-to-five. The school holidays a distant memory after your first night shift. (I mean, some people miss it so much that they even grow up to be teachers!)

That’s how I feel right now. If I could be eighteen again, I probably would. Okay, I never could decide if I was ecstatic, content and happy, or miserable, lonely and desolate. But man, life was good.

So, the point of this blog post? I’m not sure there is one. Except, sometimes it’s healthy to remember how it was to be young. It’s even okay to wish you were back there, living it all again.

But also it’s important to appreciate that, and this will go for, like, 95% of people, you are a better person now than you were when you were eighteen. If nothing else, you are more you.

Anyway, after 600 words of procrastination, I’d better get back to writing this new novel. 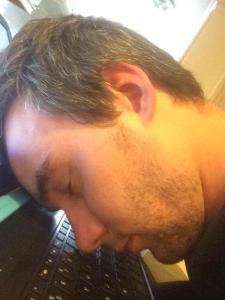